Showing posts from June, 2017
Show all

Last weekend, 17th June 2017, I saw my first wild kangaroos, in the Nambung National Park of Western Australia. On 22 June 1770, 247 years ago, crew members from Cook's ship Endeavour had their first encounters with kangaroos. The diary entries of Joseph Banks , the onboard naturalist, record the sequence of events: Joseph Banks Journal, 22nd June 1770 : " In the morn I saw her leak which was very large: in the middle was a hole large enough to have sunk a ship with twice our pumps but here providence had most visibly workd in our favour, for it was in great measure pluggd up by a stone which was as big as a mans fist: round the Edges of this stone had all the water come in which had so near overcome us, and here we found the wool and oakum or fothering which had releivd us in so unexpected a manner. The effects of the Coral rock upon her bottom is dificult to describe but more to beleive; it had cut through her plank and deep into one of her timbers, smoothing the gas
Post a Comment
Read more

Alfred Russel Wallace (1869) on Rainbirds, Trogons and Barbets - and a visit to Bukit Fraser in the Present 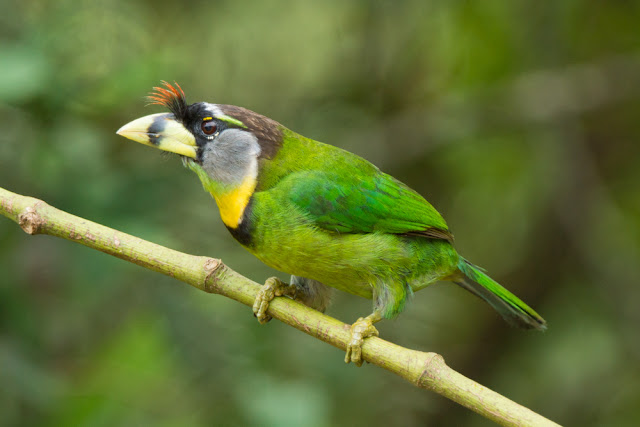 Living in Southeast Asia, it is always enjoyable to walk in the footsteps of Alfred Russel Wallace as described in his "The Malay Archipelago" (first published in 1869). After an excursion to Bukit Fraser, Malaysia, yesterday, I dipped into the Malay Peninsula portion of the book and found the following: " The very first time I fired my gun I brought down one of the most curious and beautiful of the Malacca birds, the blue-billed gaper (Cymbirhynchus macrorhynchus), called by the Malays the 'Rainbird.' It is about the size of a starling, black and rich claret colour with white shoulder stripes, and a very large and broad bill of the most pure cobalt blue above and orange below, while the iris is emerald green. As the skins dry the bill turns dull black, but even then the bird is handsome. When fresh killed, the contrast of the vivid blue with the rich colours of the plumage is remarkably striking and beautiful. The lovely Eastern trogons, with their rich-bro
Post a Comment
Read more 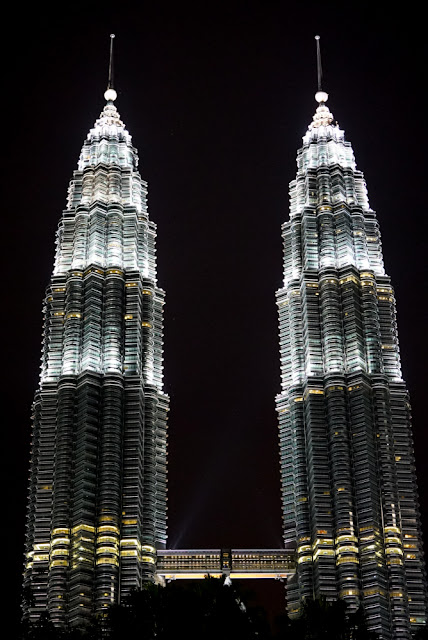 I derive great pleasure from encountering wildlife in the wilds, but also enjoy observing wild creatures in urban settings, such as along the bayou that wanders through Houston, Texas. I was delighted to find that in one of the world's most spectacular urban environments, the surroundings of the Petronas Twin Towers in Kuala Lumpur, there is some fascinating wildlife to be observed with a little patience and awareness. I had seen tree shrews, squirrels and bats on morning walks in the park, but first came across the civets ("toddy cats") that live there on evening runs on the track that circles the park. From about 9:30 pm onwards as people leave the central part of the park, the civets make a start on their night time activities, sometimes alone, sometimes with a youngster or two. This is the Asian palm civet ( Paradoxurus hermaphroditus ), nocturnal omnivore, active both on the ground and in the trees. Petronas twin towers at night. The KLCC park  in front of
Post a Comment
Read more
More posts