Showing posts from November, 2017
Show all

The Quokkas of Rottnest and early European encounters with marsupials 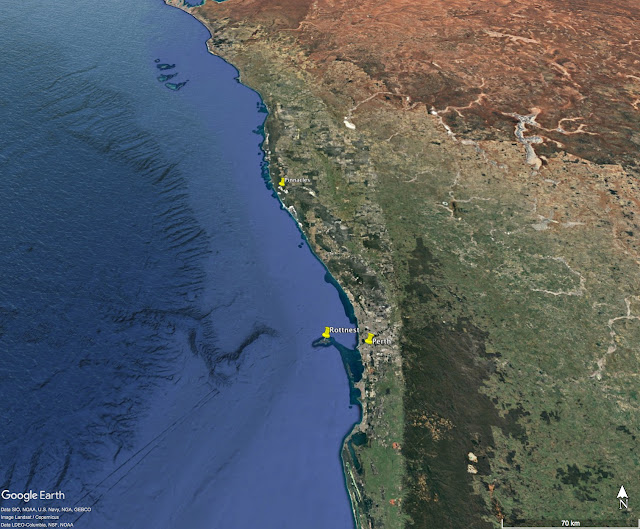 18 km offshore from Perth, SWA, lies an island called Rottnest. It has rocky coasts with beautiful sandy bays. It also famously has quokkas and, as I am just starting to get to know this part of the world, I was keen to see some of these local marsupials. I spent a lazy day wandering around the island on Saturday 2nd September 2017. Rottnest, just offshore Perth. Notice the spectacular submarine canyon further offshore. The sandy beaches and rocky coastline of Rottnest. Disembarking from the ferry, I went for a walk in a nearby forest to look for quokkas. It didn't take long before I encountered the far-from-active specimen shown below. My first encounter with a quokka, a sleepy individual in a small forest A sweet and docile couple A friendly face The first Europeans known to have landed on the Rottnest were 13 Dutch sailors from the Waeckende Boey who touched ground near Bathurst Point on 19 March 1658 while their ship was careene
Post a Comment
Read more
More posts