Showing posts from October, 2017
Show all

Gunung Leuser National Park is not very far from Kuala Lumpur as the crow flies. A hop over the Makasar Strait and a journey of around 120 km from the metropolis of Medan up to the forested hills. In practice, the journey takes much of a day, including an hour in the air and four to five hours to cover the ground betwen Medan and Bukit Lawang. We made the journey last weekend for a couple of days of trekking and wildlife watching. A short hike from the friendly village of Bukit Lawang, over one of the bridges suspended across the river, past rubber trees in a small plantation, takes you to the entrance of the Gunung Leuser National Park. A short while later we met the first of three new (to me) primate species, the North Sumatra leaf monkey ( Presbytis thomasi ), charming with their crests and impish faces. Alfred Russel Wallace visited Sumatra from November 1861 to January 1862, but further south, where he also encountered Presbytis monkeys (presumably t
Post a Comment
Read more 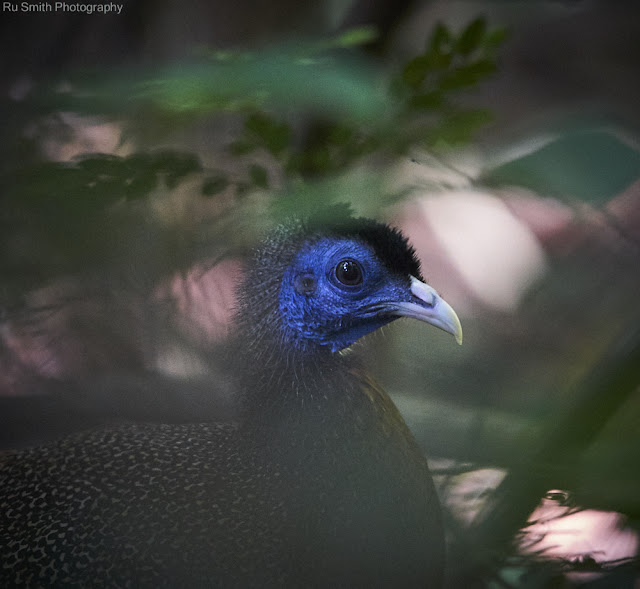 In " Into the Heart of Borneo ," Redmond O'Hanlon describes hearing a loud call in the Borneo rainforest and being convinced that it was made by gibbons. I too have heard this call, in the forests of Batang Ai , Sarawak, and it sounds like this . Last weekend, hiking through the forest of Gunung Leuser National Park in Sumatra we heard the call several times again, our guide saying that it was coming from a couple of kilometres away. After a long hike involving some very steep descents and ascents we heard the call again, but closer. Then, walking on, a large elongate form in a dense thicket became visible. As I walked around, I found a small gap in the leaves and took the following photograph of the brilliant blue head of the originator of the call, a male Great Argus pheasant. We watched for a while and then backed off as he moved out into a more open area where we could appreciate the spectacular form and design of the bird - and it's astonishing siz
Post a Comment
Read more 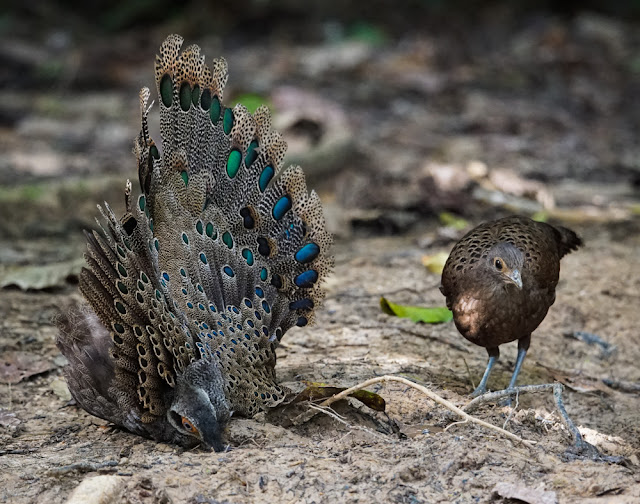 Living in Kuala Lumpur, there's some fascinating wildlife to be seen in the town , but an excursion to the rainforest-covered hills to the northeast opens up the possibilities for encountering some very vivid and unusual wild creatures. Last Saturday (23rd September 2017), we visited Taman Negara for the first time, a vast rainforest reserve roughly in the centre of peninsular Malaysia. After a boat ride across the river to the park head quarters we went for a wander on the boardwalks through the forest. At the Tahan hide, an elevated observation structure built next to a clearing, we looked out and saw movement in the long grass. A number of grey-brown backs were visible. One came towards us and revealed a face - a Eurasian wild pig ( Sus scrofa ). Looking in the opposite direction from the open grassy area, there was a small gap in the forest and this was soon to be the site of a much more spectacular wildlife display. A male Malaysian peacock-pheasant appeared, follo
Post a Comment
Read more
More posts