Showing posts from October, 2022
Show all 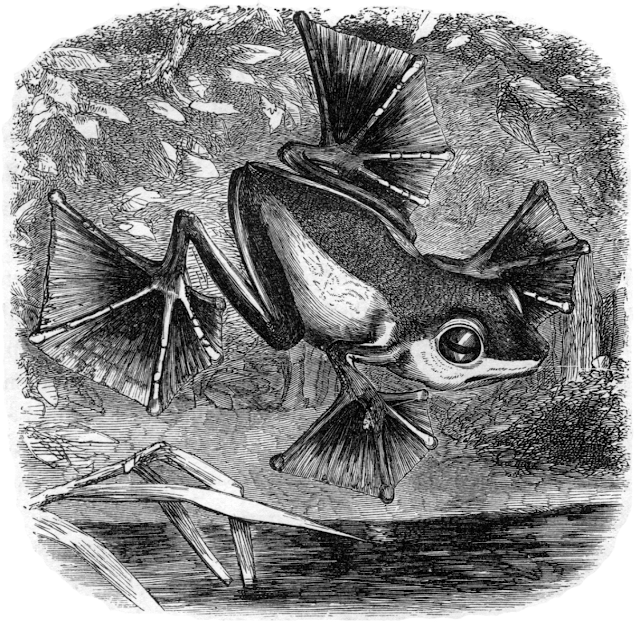 I knew about Wallace's flying frog from reading "The Malay Archipelago" (published 1869).  It's a fantastic looking creature with splayed toes and webbing providing the ability for gliding flight. Here's the illustration (by John Gerrard Keulemans ) in Wallace's "The Malay Archipelago."  Wallace's description was as follows:   " One of the most curious and interesting reptiles which I met with in Borneo was a large tree-frog, which was brought me by one of the Chinese workmen. He assured me that he had seen it come down, in a slanting direction, from a high tree, as if it flew.  On examining it, I found the toes very long and fully webbed to their very extremity, so that when expanded they offered a surface much larger than the body. The fore legs were also bordered by a membrane, and the body was capable of considerable inflation. The back and limbs were of a very deep shining green colour, the under surface and the inner toes yellow, while
Post a Comment
Read more
More posts