I was about to give up on the bookshop at Miami airport yesterday, but on the way out caught sight of "Between Man and Beast" by Monte Reel, the story of Paul du Chaillu, a nineteenth century adventurer in Gabon. 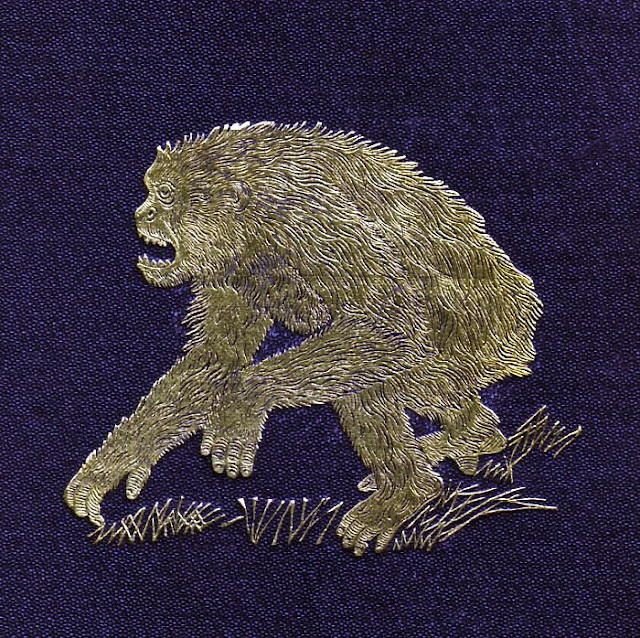 Chimpanzee on the cover of du Chaillu 1890

I had already been thinking about Gabon again after watching wild manatees at Fort Pierce, Florida. The last time I had seen a manatee in the wild was about fifteen years ago, on a trip with my brother along the Mouambi, a mangrove-fringed coast-parallel creek that connects with the Nyanga river in South Gabon. We had visited Mayonomi village on a previous afternoon to arrange for someone to take us along the Mouambi by pirogue (dugout) and after many conversations and some amazing stories (lubricated by multiple Regabs in the rudimentary bar), we agreed to meet up again at the village on the following Sunday. We emerged into the night to find a skinny cow standing outside the hut, beneath a sickle moon and drove back home past a tree ornamented with a vast number of ghostly egrets. That final Sunday in May, Frank and Igg (Mayonami youths) steered the pirogue along the creek and we saw many birds, monkeys and mangrove crabs before eventually coming across a manatee in the murky water.

Reel’s book brought back many more memories of that country:

- Cap Lopez, where du Chaillu stayed with the missionary John Leighton Wilson, who had informally adopted the bedraggled youth in 1848 (and near where I also lived for some years, in the town of Port Gentil); 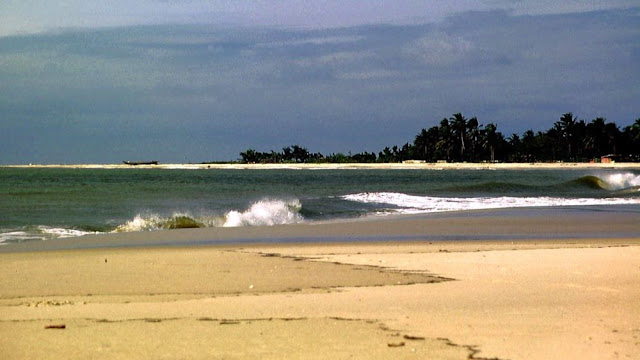 - Sette Cama where R.B.N. ("Brucie") Walker opened a Hatton & Cookson trading station in 1857 and where a cemetery records the young deaths of the Europeans working there; 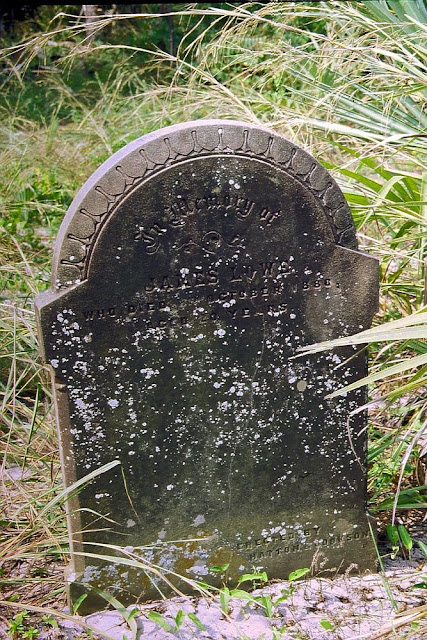 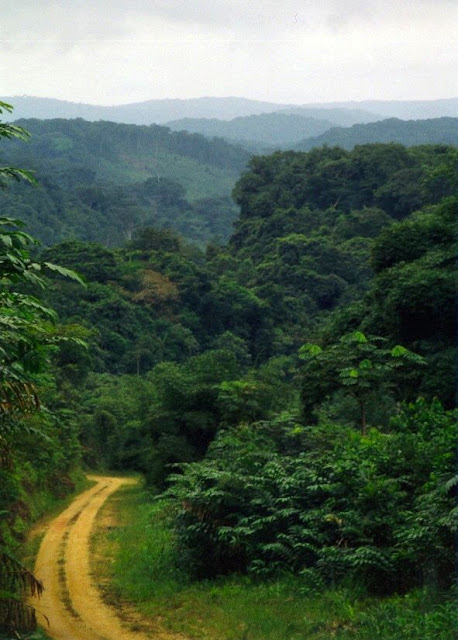 
- and encounters with gorillas.

During those years in Gabon we met gorillas just five times, in all cases in the coastal strip of forest and clearings, between Sette Cama and Mayonomi. Four of these encounters were with a lone silverback (always exciting), but on one occasion (6th December 1997) there was a large male with his family, crossing a clearing along the road from Yenzi to Mayonomi. He herded the females and boisterous youngsters into the forest and stood at the edge of the clearing shaking a tree and doing chest drums. Du Chaillu’s reports of such behaviour were met with ridicule, but in this, and on other points, his observations were correct.

Encounters with wildlife between Petit Loango and Mayonomi between 1994 and 1998.
The manatee was just off the map to the SE.