March 26, 2019
The story of first contact in 1933 with the peoples of the central Wahgi Valley in the Papuan highlands is a remarkable one. An unsuspected group of thriving stone-age cultures came to the attention of the outside world when the Leahy brothers first flew over the area and later reached it on foot.

I saw a number of these old axes during a visit to the highlands near Mount Hagen in October 2018 (see the Paiya chief photograph below). The area of that journey is shown in the google Earth image shown below.

The upper Wahgi River valley with locations of Paiya Village, Mount Giluwe and Mount Hagen together with locations of axe head quarries collated by Burton (1984). The Sepik River is seen in the distance adjacent to the north coast of Papua New Guinea. 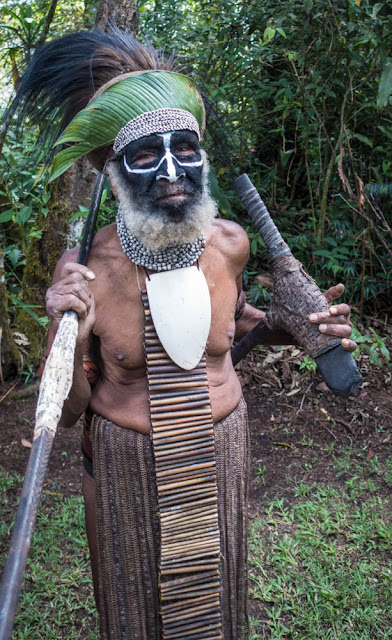 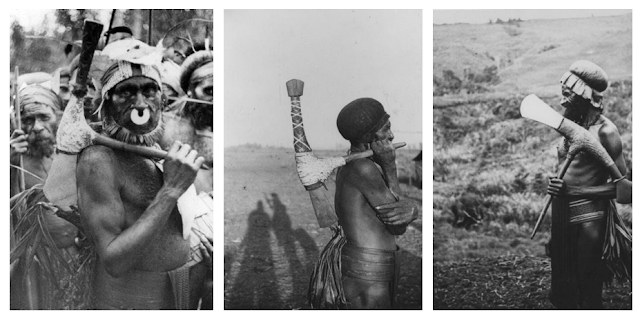 Hagen men with stone axes, 1930s, Leahy collection. Compare the axe at left with the example shown below. 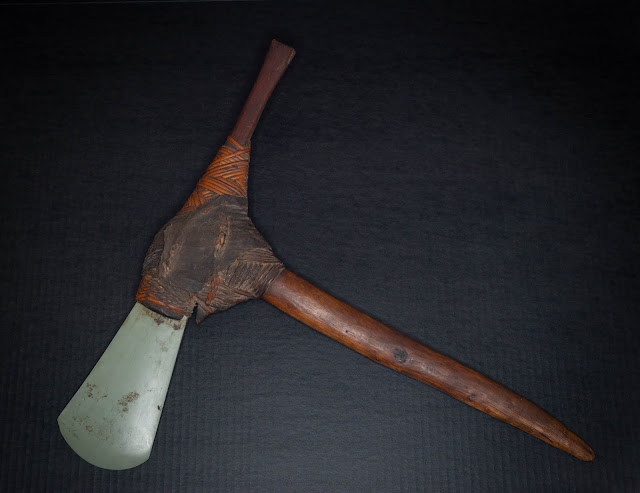 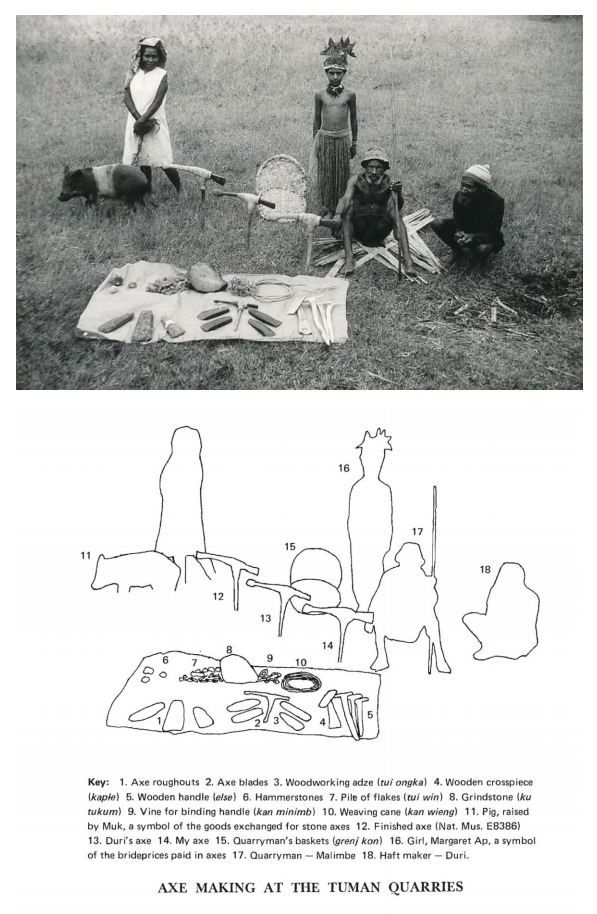 Burton tried his hand at traditional axe assembly under the tutelage of Duri. His work is number 14 above (Burton 1984). The location of the Tuman axe quarries can be seen in the google Earth image (click to enlarge). 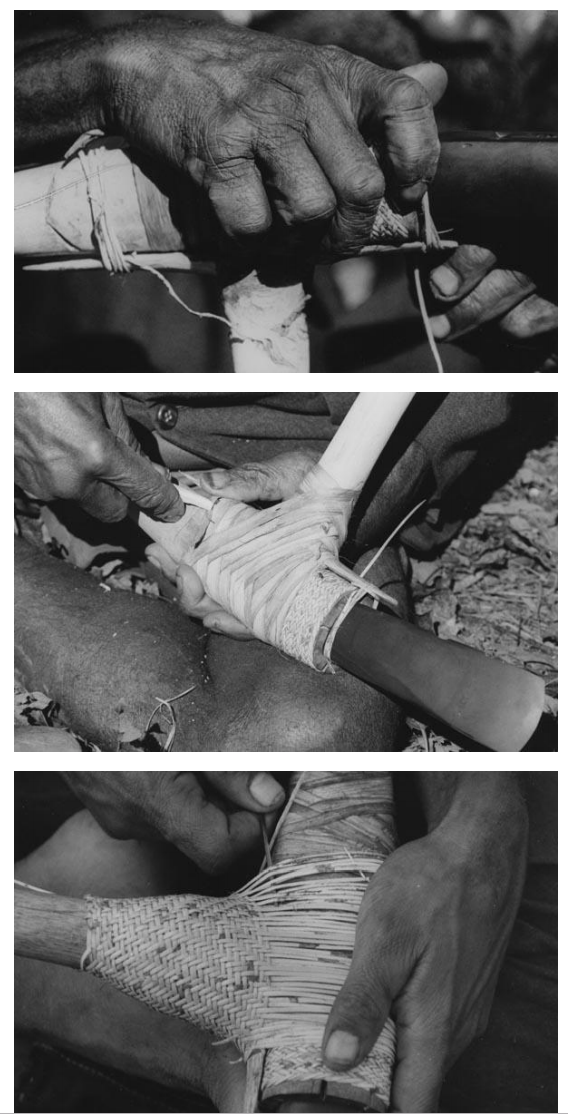 Hafting the axe in progress

Some very large axes are known, particularly the pale stone (limestone) gaima axes, such as the one shown below. 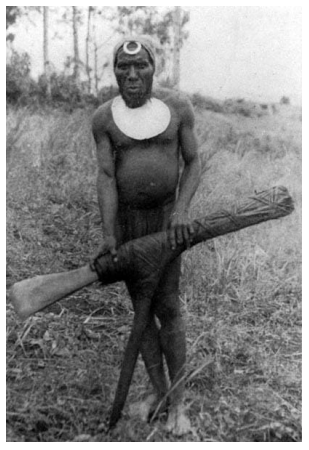