March 26, 2019
I had seen pictures of the amazing paradise kingfishers in books. Beyond the normal colourful kingfisher body, they have incredible long tails terminating in flared tips.

Alfred Russel Wallace devoted part of his 1869 book "The Malay Archipelago" to these beautiful birds.

"I also obtained one or two specimens of the fine racquet-tailed kingfisher of Amboyna, Tanysiptera nais, one of the most singular and beautiful of that beautiful family. These birds differ from all other kingfishers (which have usually short tails) by having the two middle tail-feathers immensely lengthened and very narrowly webbed, but terminated by a spoon-shaped enlargement, as in the motmots and some of the humming-birds. They belong to that division of the family termed king- hunters, living chiefly on insects and small land-molluscs, which they dart down upon and pick up from the ground, just as a kingfisher picks a fish out of the water.

They are confined to a very limited area, comprising the Moluccas, New Guinea and Northern Australia. About ten species of these birds are now known, all much resembling each other, but yet sufficiently distinguishable in every locality.

The Amboynese species ... is one of the largest and handsomest. It is full seventeen inches long to the tips of the tail-feathers; the bill is coral red, the under- surface pure white, the back and wings deep purple, while the shoulders, head and nape, and some spots on the upper part of the back and wings, are pure azure blue; the tail is white, with the feathers narrowly blue-edged, but the narrow part of the long feathers is rich blue. This was an entirely new species, and has been well named after an ocean goddess, by Mr. R. G. Gray."

Drawing of a paradise kingfisher in "The Malay Archipelago"

Back on Halmahera, I saw two other kingfishers, one the sombre kingfisher, the other a blue-and-white kingfisher, both of these being endemic to the Moluccas. 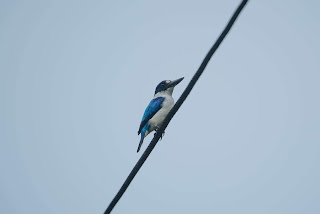 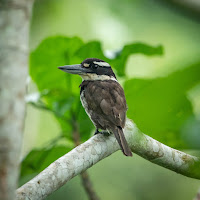 There were other things to look at here in the place of the shy paradise kingfisher, including many orchids and insects. A few of these are shown below. 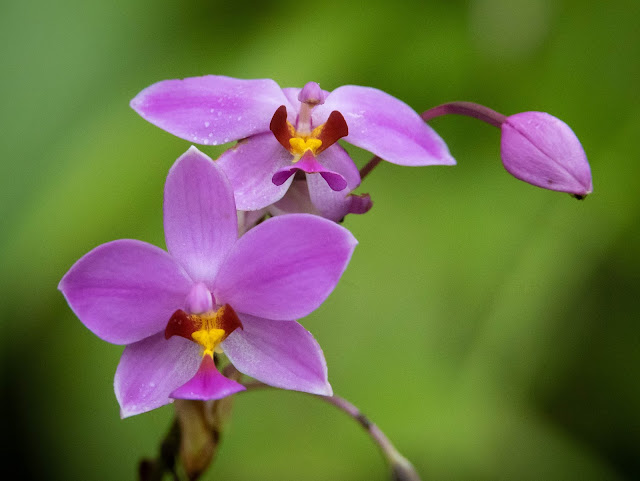 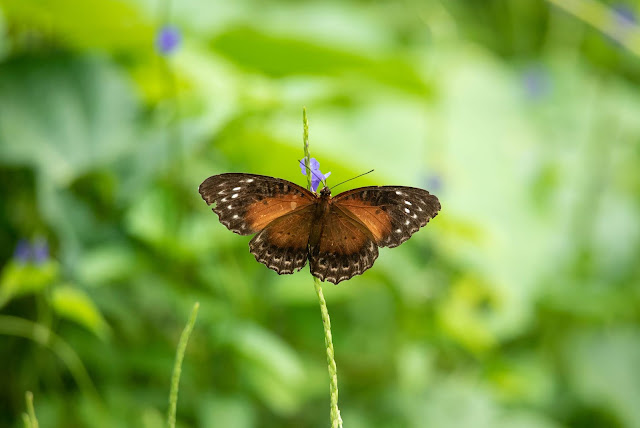 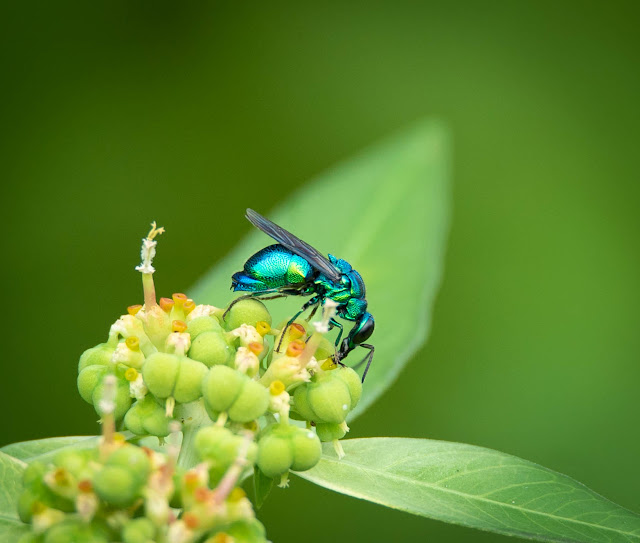 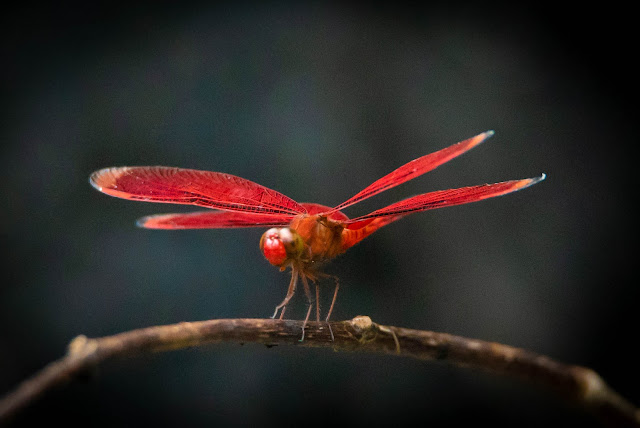