The event, in Singapore's 200th anniversary year, was the unveiling of a new bronze statue of Alfred Russel Wallace, co-discoverer of the theory of evolution by natural selection, and his trusted Sarawakian assistant Ali. Wallace had arrived in Singapore in April 1854 and used the city as a base for his explorations, including his ascent of Mount Ophir later that year.

The crowd assembled for the unveiling gathered in the foyer of the museum and was then ushered out by a keen group of volunteers to a tented area in front of the museum's steps. A curved poster announcing "Launch of Wallace & Ali statue" stood behind a dark green sheet covering the hidden statue.

After a lively introduction by Professor Peter Ng, senior minister Teo Chee Hean delivered an elegant speech on the significance of Wallace and Ali for Singapore and the merits of a spirit of adventure, a spirit of collaboration and a spirit of environmentalism. 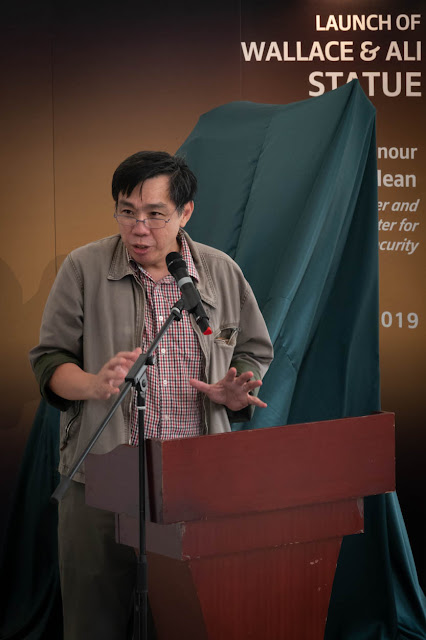 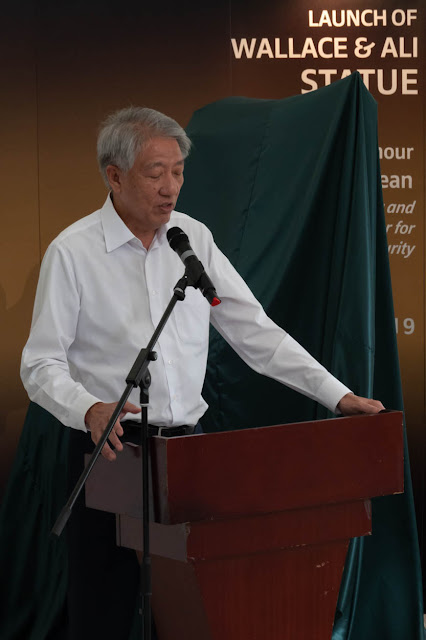 
Following the speech, the cover was pulled back to reveal the fine new statue, crafted by students of the Nanyang Academy of Fine Arts. We were told that if we wanted to know what Wallace was pointing at then we should turn around. Behind us, high up on a white column, was a small bronze of a standardwing bird of paradise, Wallace's "great prize," a bird I travelled to see in the wild on Halmahera earlier in 2019. 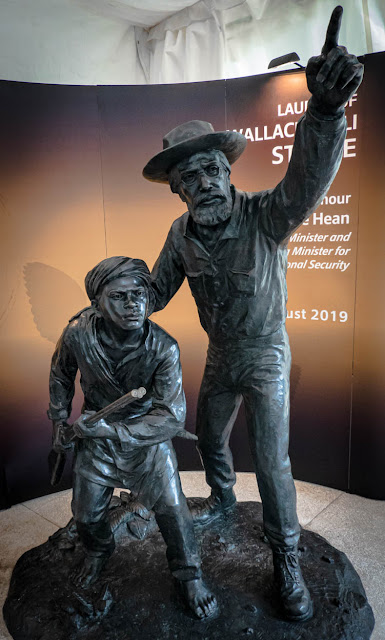 The new statue. A nice detail is the Rajah Brooke's birdwing butterfly in front of Ali's right foot 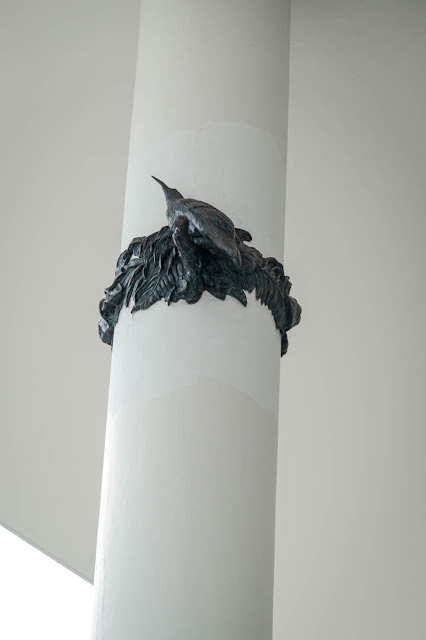 The bird being pointed to by Wallace 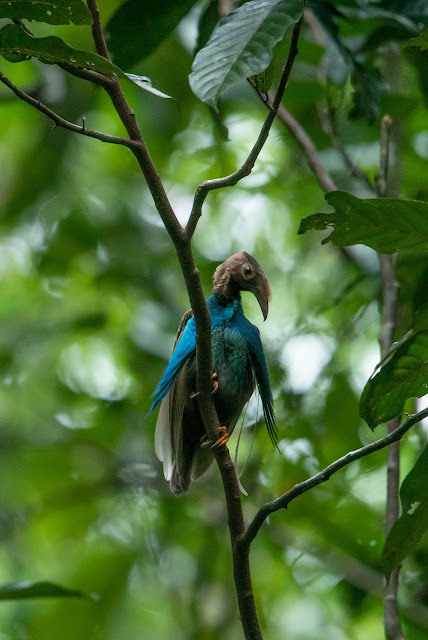 
The museum itself is beautifully designed and now proudly displays a newly acquired specimen, from Wallace's own private collection, of a standardwing bird of paradise collected from the island of Halmahera. George Beccaloni discusses the appearance of this specimen on the market in late 2017, offered by a UK dealer in Victorian taxidermy specimens.

I sensed a great deal of pride in the gathering, including those who had successfully raised the funds, those who had created the sculpture, the museum staff responsible for the displays, a good number of cheerful volunteers and the eloquent senior minister. It was a pleasure to participate.