Yesterday I made an impulse trip to Bempton Cliffs on the Yorkshire coast, hoping to see the lone albatross who arrived here in March this year (2022). An albatross in the northern hemisphere is a great rarity.

I photographed puffins, razorbills, guillemots, gannets, kittiwakes and fulmars while I waited for "Albie" to show. Hands were becoming frozen in the icy wind at the cliff edge. 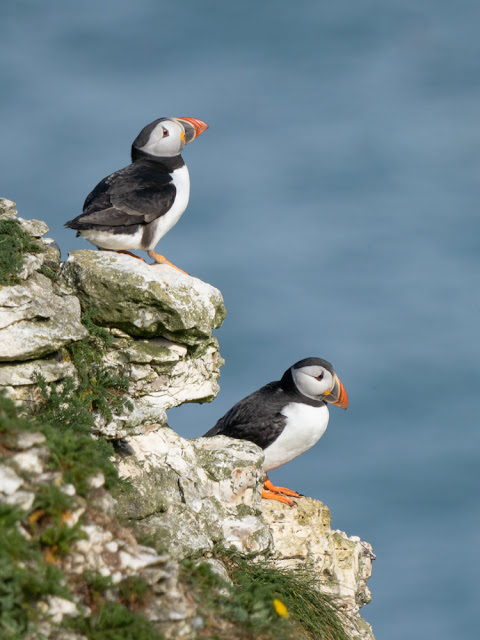 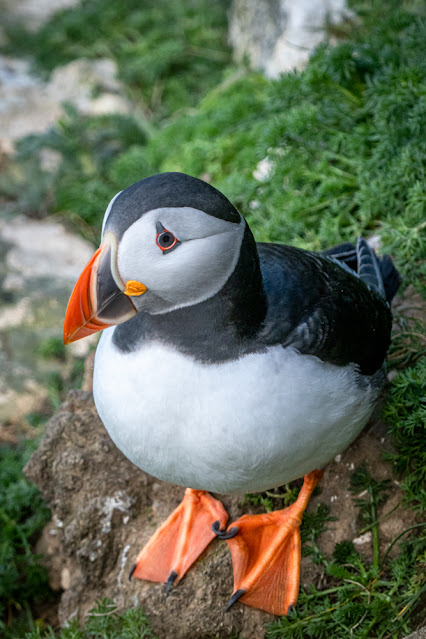 And then he appeared from below the cliff, flying circuits over the elephant rock at Staple Newk. Vast long narrow black-topped wings, effortless movement, sweeping above the gannets on the rock and the flying kittiwakes below. 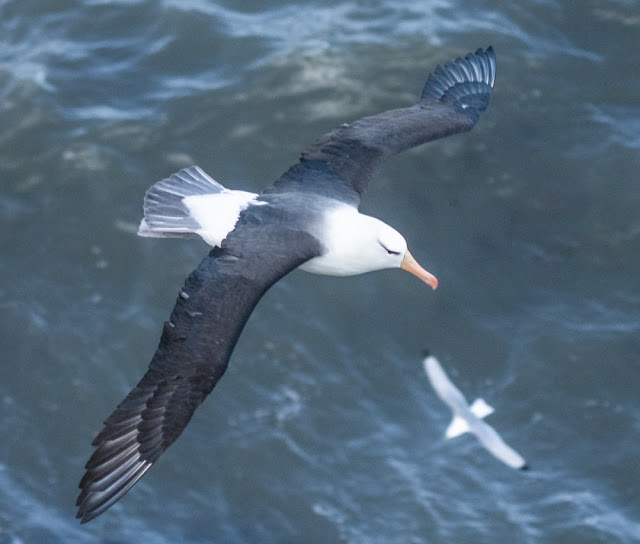 I'm looking down from the top of the cliff. There's a kittiwake down below. 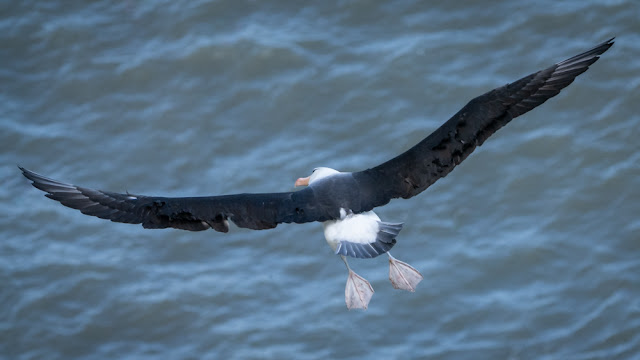 The wingspan reaches about 2.4 m. 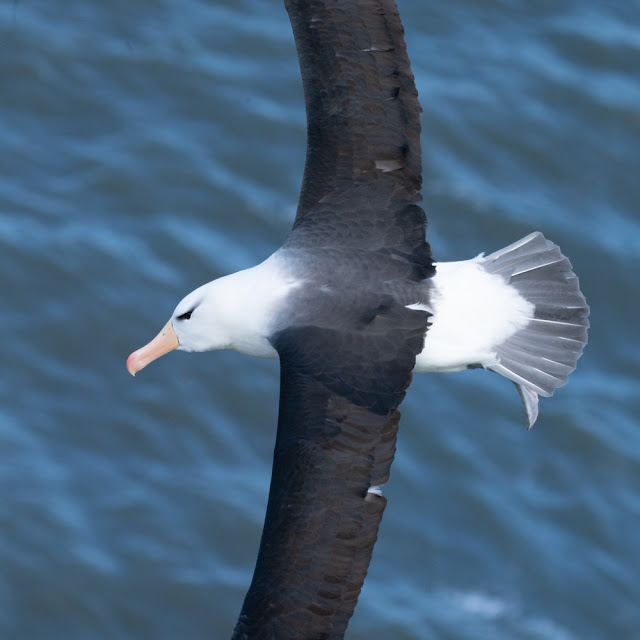 The size is particularly impressive on a close fly by. 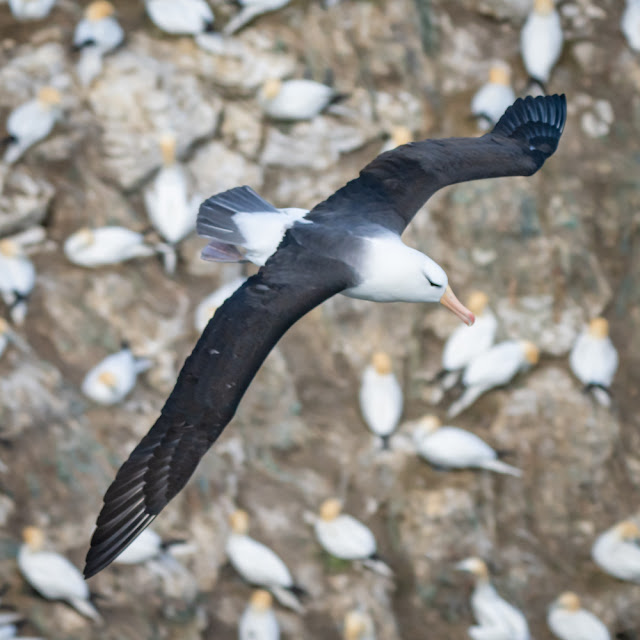 Flying over the massed gannets on Elephant Rock at Staple Newk. 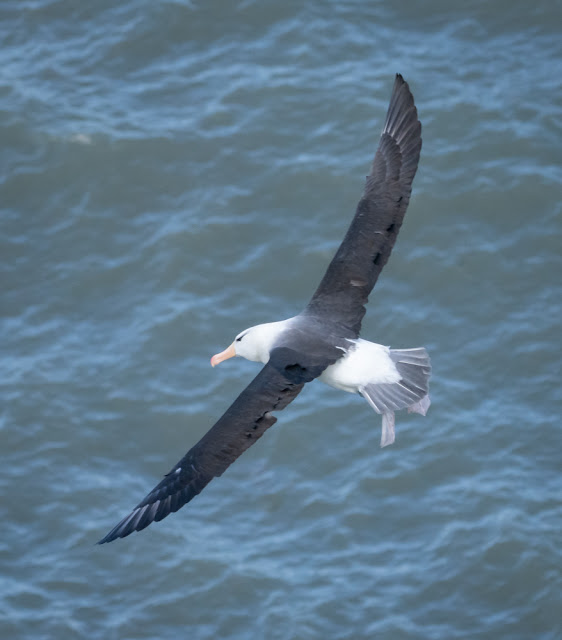 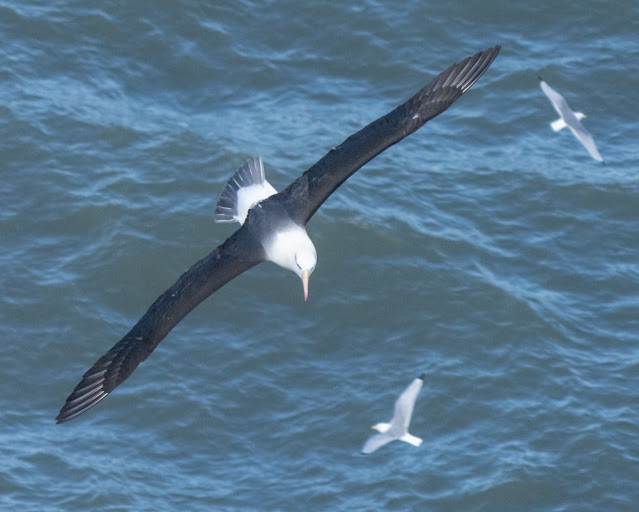 Banking above the kittiwakes.

This morning, at breakfast, I suddenly remembered Bruce Chatwin's short story about a trip in 1977 to see an earlier lost black-browed albatross up at Hermaness, Shetland. It's in "What Am I Doing Here." And then I remembered how he had connected that excursion with the albatrosses and last Fuegians of Isla Navarino, Tierra del Fuego, an area I visited in 1989. That was my only previous encounter with an albatross, also a black-browed, seen from a catamaran in the Canal de Beagle on the 30th March 1989. a third of a century ago. The distance between the two places is about 14,000 km. It was uplifting to witness Albie in Yorkshire, sad though it is that he is solitary in the wrong hemisphere for his kind. I wonder if he strayed from those southern South American seas.