The Bear Cuscus of Wallacea

After some days enjoying the marine life of the Bunaken National Marine Park, we visited the nearby Tangkoko Batuangus Nature Reserve to look for some of the endemic mammals and birds. From Manado we drove around the south side of the imposing Klebat volcano and then north on the west side of mounts Dua Sudara and Tangkoko. The entrance to the reserve is next to the coastal town of Batu Putih. 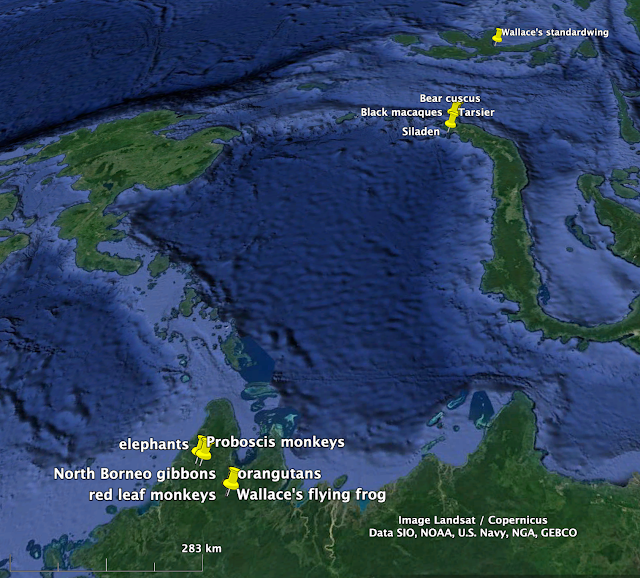 View looking east from Borneo across the Celebes Sea to northern Sulawesi, westernmost extent of the marsupials. "Wallace's standardising" marks the habitat of the westernmost bird of paradise.

As we walked into the park, we stopped to look at an elegant Draco flying lizard alert on a tree by the side of the path. 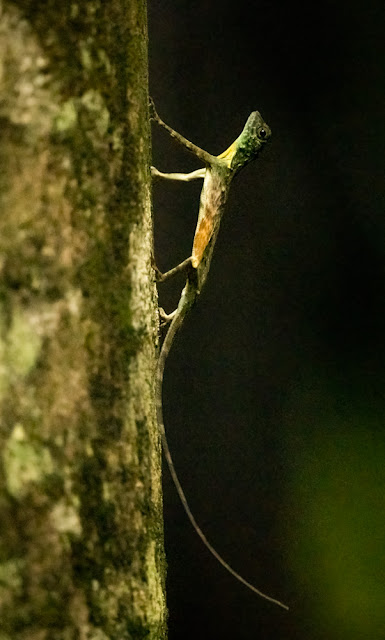 Then, as the rain began to fall, we came across two endemic forest kingfishers, both looking a bit glum in the drizzle. These were the green-backed kingfisher (Actenoides monachus) and the Sulawesi lilac kingfisher (Cittura cyanotis). There was also a red-backed thrush (Geokichla erythronota). 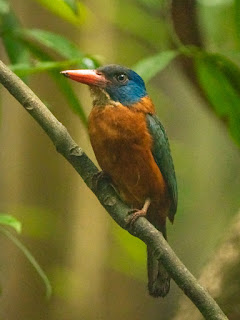 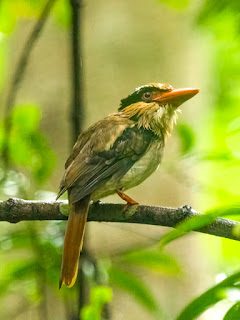 The first mammal located by the guide was an alert bear cuscus (Ailurops ursinus), high up a tree, looking down at us. Notice that leathery prehensile tail. 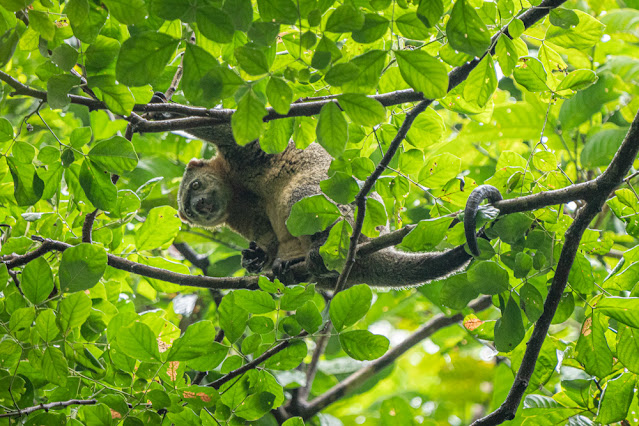 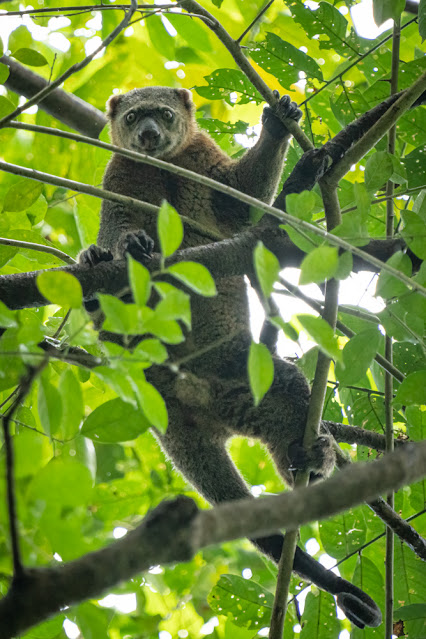 As the rain fell, we continued through the open forest eventually encountering a couple of Gursky's spectral tarsiers (Tarsius spectrumgurskyae) sheltering in an old fig tree and then a group of Celebes crested macaques (Macaca nigra). 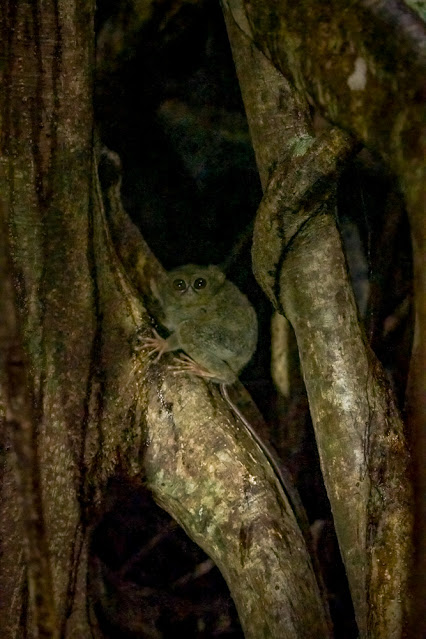 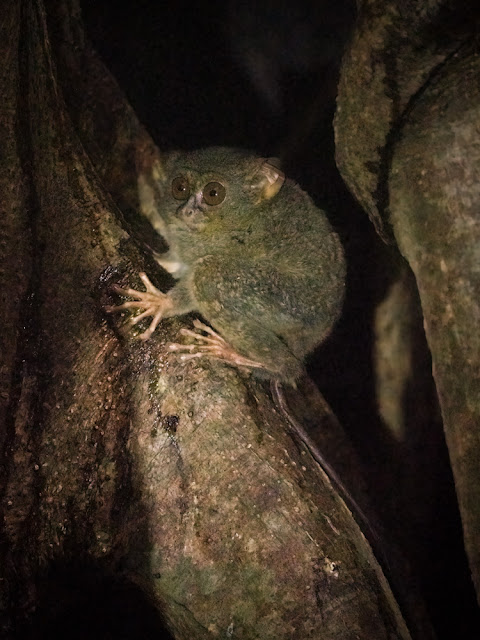 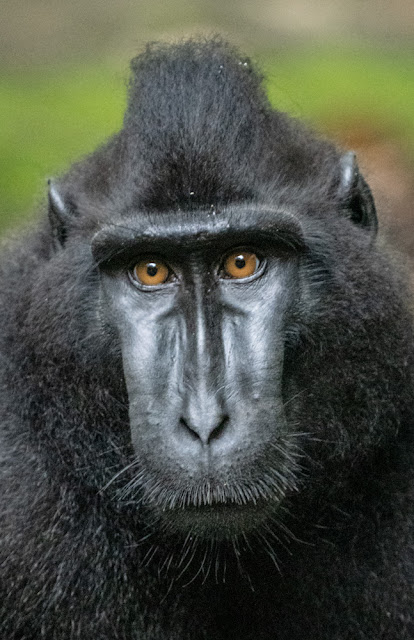 This is a seriously fascinating set of animals. The last time I saw a cuscus was in the highlands of Papua New Guinea. Here in Sulawesi, they are right at the western edge of their range and once you hop west over the Celebes Sea to Borneo, there are no more marsupials.

Alfred Wallace (1869) wrote, "The other terrestrial mammals of Celebes are five species of squirrels, which are all distinct from those of Java and Borneo, and mark the furthest eastward range of the genus in the tropics; and two of Eastern opossums (Cuscus), which are different from those of the Moluccas, and mark the furthest westward extension of this genus and of the Marsupial order."

On the other hand, the black macaques are the last of the monkeys as you go east and only here in "Wallacea" do the monkeys and marsupials overlap. It's a border zone between two major biogeographical provinces.